These cables carry the digital signals from a computer to the printer, which transfer data for printing out on paper. The parallel printer cable is standardised by the International Organisation for Standardisation (ISO) so that cables from different manufacturers will work together.

Printer cartridges have ports that are designed to send data to a printer. The connector is soldered to the printer port and the other end of the cable is connected to a parallel port on the printer.

The parallel port is plugged into your computer's parallel port. We stock a wide variety of printer cables for all your printing needs. 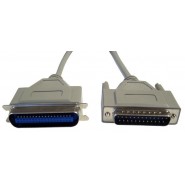 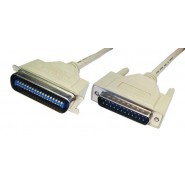 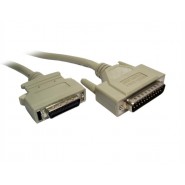